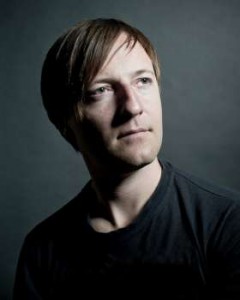 Renowned for his cutting edge comedy and intrepid social commentary, Andrew is also the recognisable voice of MTV’s hit show Ex On The Beach.

As seen on Live At The Apollo (BBC One), Have I Got News For You (BBC One), Celebrity Juice (ITV2) and Mock The Week (BBC Two). He is also the voice of Get Your Tats Out: Kavos Inc (Channel 5).

Throughout his career, Andrew has had many sell-out shows at the Edinburgh Festival Fringe and has also performed at The Amnesty / Channel Four’s Secret Policeman’s Ball (alongside Eddie Izzard, Chevy Chase and Dylan Moran), Glastonbury, Kilkenny’s Cat Laughs, The HBO US Comedy & Arts Festival in Las Vegas (alongside Jerry Seinfeld and Chris Rock), and several appearances at the Montreal Just for Laughs Festival.

Andrew regularly performs at corporate and private events, and is available for after dinner sets and as a host. Companies that he has worked for include BSKYB, Tourism Ireland and Publicis. He has also done branded TV and radio campaigns for Aer Lingus and Guinness. He is also a founder member of ALTITUDE, a comedy festival staged in the Alps. 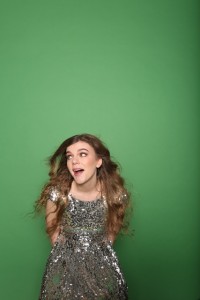 WATCH A CLIP HERE
Following a whirlwind year of awards, nominations and sold-out shows on top of a run at Melbourne International Comedy Festival, lastminute.com Best Newcomer nominee 2017 Lauren Pattison is back. Come see her deliver some new home truths with her wicked, warm and authentic brand of humour.

‘Razor wit and brutal honesty’ The List
‘Spiky, deliciously bawdy and remarkably assured’ The Telegraph 5 STARS
‘A breath of feisty fresh air’ Herald 4 STARS
‘Fast, Forthright and filthy’ The Guardian 4 STARS
Lauren has been on the comedy circuit for 5 years, which at the age of just 23yrs old, makes her one of the brightest young talents on the comedy scene.
Lauren has just returned from a sold out run at the Edinburgh Fringe Festival with her critically acclaimed debut show Lady Muck. This 5 star show was so popular three extra shows were added and subsequently sold out. Not only was ‘Lady Muck’ the best reviewed show at The Pleasance last year, Lauren also won a Herald Angel Award and was nominated for Best Newcomer 2017 at the Edinburgh Comedy Awards.
She came runner up at the Funny Women Awards 2014, was the only female comedian to reach the final of the Chortle Student Comedy Awards 2015 and in 2016 reached the final of the BBC New Comedy Awards. She has supported Katherine Ryan on her last two tours and opened for Stewart Francis and Dane Baptiste. She also played Latitude and Leeds festivals for the last two years.
A regular on the national stand up circuit, this baby faced comic is one to watch out for.