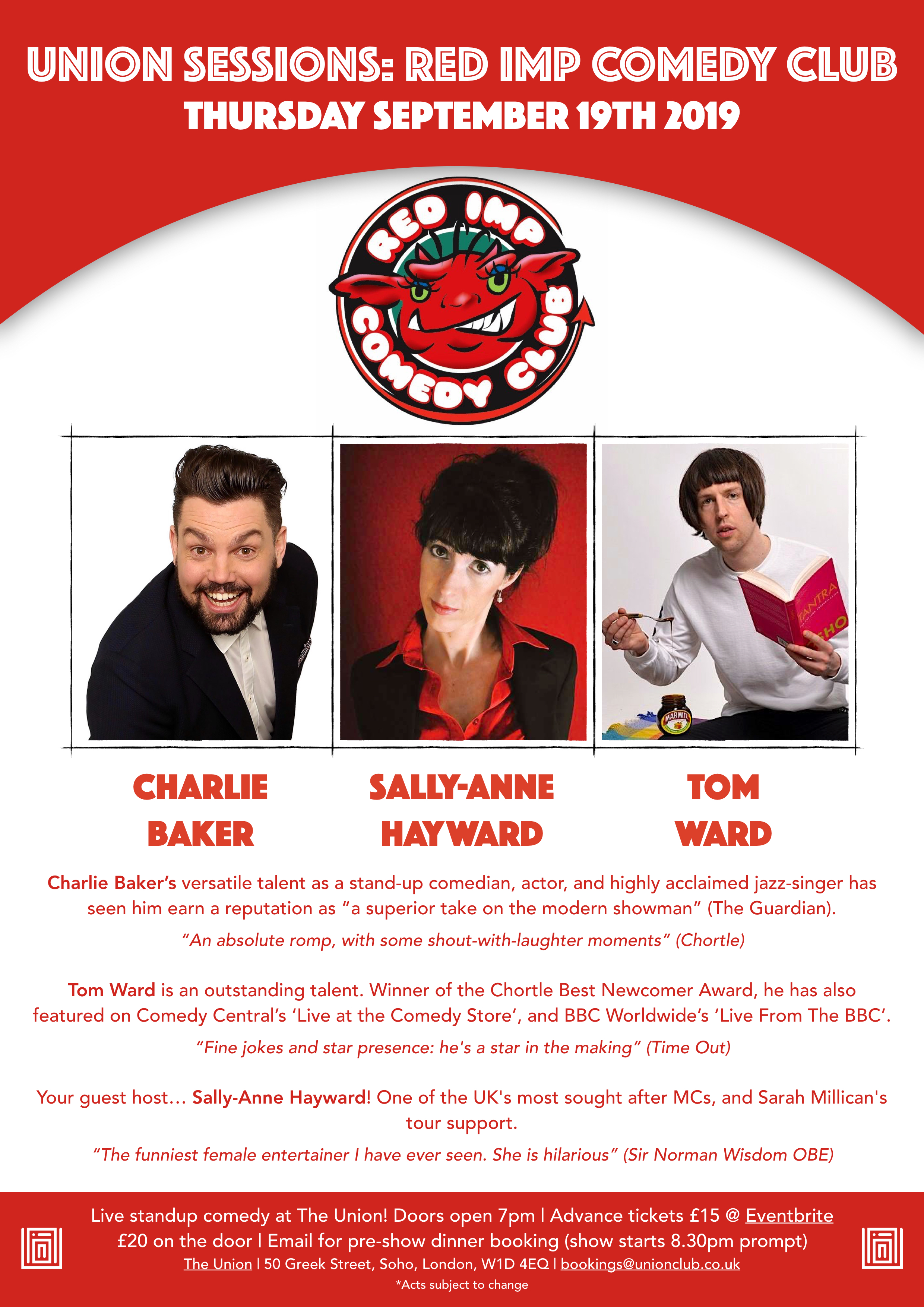 Charlie Baker’s versatile talent as a stand-up comedian, actor, and highly acclaimed jazz-singer has seen him earn a reputation as ‘a superior take on the modern showman’ (The Guardian). He has starred in Sky One’s Harry Hill’s Teatime, BBC Two’s The Premier League Show, Extra Slice, Channel 4’s The Last Leg, Comedy Gala, The Superhuman Show and Comedy Central At The Comedy Store. As an avid sports fan, Charlie has been heard on BBC 5Live’s Fighting Talk and covering on Talksport’s Hawkesbee & Jacobs Show.

His versatile talents as a stand-up comedian, actor, and highly acclaimed jazz-singer has seen him have sell-out runs at the Edinburgh Festival with his hit shows Baker’s Dozen (2013), Just The One (2015) and The Hit Polisher (2017) which he then toured around the UK.

‘An absolute romp, with some shout-with-laughter moments’ – Chortle

‘A superior take on the modern showman’ – Guardian

‘Fine jokes and star presence: he’s a star in the making’ Time Out

One of the UK’s most sought after MCs, and Sarah Millican’s favourite tour support.

‘The funniest female entertainer I have ever seen. She is hilarious and deserves to be a superstar’ Sir Norman Wisdom OBE